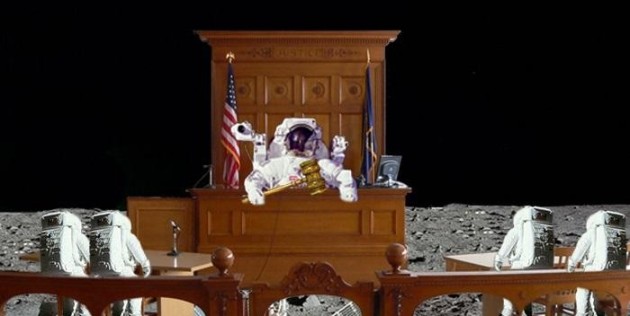 The Inter-Agency Space Debris Coordination Committee (IADC) is an international forum of governmental bodies for the coordination of activities related to the issues of man-made and natural debris in space. The primary purpose of the IADC is to exchange information on space debris research activities between member space agencies, to facilitate opportunities for co-operation in space debris research, to review the progress of ongoing co-operative activities and to identify debris mitigation options.

One of its efforts is to recommend debris mitigation guidelines, with an emphasis on cost effectiveness, that can be considered during planning and design of spacecraft and launch vehicles in order to minimise or eliminate generation of debris during operations. This document provides guidelines for debris reduction, developed via consensus within the IADC. 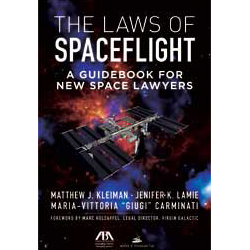 The leading text on space law is "The Laws of Spaceflight" by Matthew Kleiman, Jenifer Lamie, and Maria-Vittoria "Giugi" Carminati. It is available from the ABA.  Kleiman also teaches a class on space law at Boston University.

Noteworthy links while reading the book:

Vienna Convention on Law of Treaties

Committee on the Peaceful Uses of Outer Space (COPUOS)

The Outer Space Treaty turns 50. Can it survive a new space race?

1970 Treaty on the Non-Proliferation of Nuclear Weapons and updates

1972 Convention on International Liability for Damage Caused by Space Objects

1975 Convention on Registration of Objects Launched into Outer Space

US Space Legislation and Policies

The Air and Space Lawyer Online

Bureau of Industry and Security (BIS)

Paris Convention for the Protection of Industrial Property 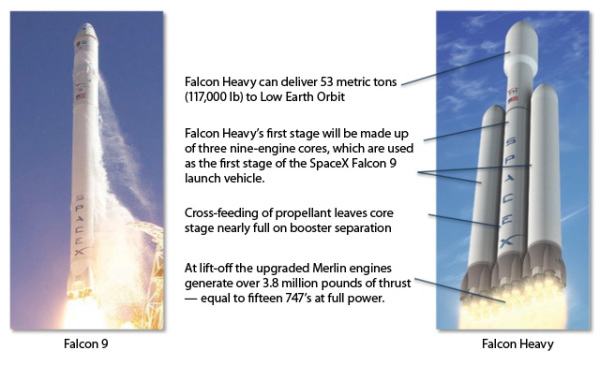 SpaceX Falcon Heavy - as of today, September 4, 2014 - the world's most powerful rocket 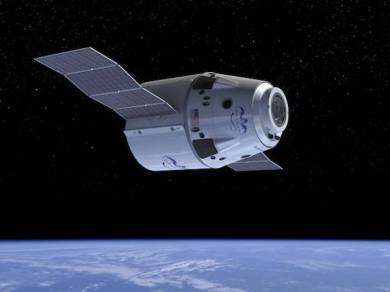 SpaceX Dragon cargo vessel was captured by the International Space Station's robotic arm on May 25, 2012.

It was the first commercial spacecraft to dock with the station.

4 Methods for making International Agreements in the U.S.

2. U.N. Res. 41/65. Principles relating to remote sensing of the Earth from space

3. U.N. Res. 47/68. Principles Relevant to the Use of Nuclear Power Sources in Outer Space

4. U.N. Res. 51/122. Declaration on International Cooperation in the Exploration and Use of Outer Space for the Benefit and in the Interest of All States, Taking into Particular Account the Needs of Developing Countries

Ground Based Space Matters is intended to highlight and explore space law and policy issues, and does not constitute or provide legal advice.

When did the FAA release a draft rule? In days of yore.