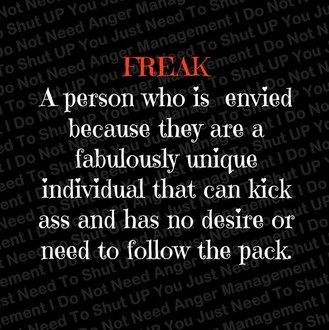 Personal Injury: When injured due to the negligence or careless actions of others, a victim may be entitled to payment for various damages. Depending on the victim and the injury, these may include compensatory damages (property damages, medical expenses, lost earnings, "other" damages and future damages), general damages, loss of consortium, emotional damages, and punitive or exemplary damages.

Product Liability: Product liability law is complex and differs from general personal injury law. Claims are usually based on state laws and brought under theories of breach of warranty, negligence or strict liability. Consulting an attorney immediately is important as there is a legally defined time frame in which you may bring a claim (statute of limitations).

Class Actions: Other nations' laws sometimes permit class actions to be brought to redress mass disaster losses. Aviation attorneys have brought such class actions in several countries and have teamed with foreign co-counsel to work for their clients.

Multi-national and Cross-Border Litigation: Aviation attorneys, together with foreign co-counsel, have sought justice for plaintiffs of various nationalities in many countries. With more and more U.S. airlines flying foreign-manufactured aircraft, any air crash has the potential to present multinational and multilingual litigation. Aviation attorneys have tracked defendants, evidence and assets on multiple continents and in dozens of countries, including hostile nations and terrorist states.

A binding agreement (evidenced usually by an air waybill, bill of lading, or passenger ticket) which contains conditions of carriage that spell out the obligations and rights of a carrier and a shipper/passenger. The carrier undertakes to deliver goods/passengers from a named place of departure to a named destination, in consideration for freight/fare. This contract addresses issues associated specifically with what is being carried, and how the liability and compensation for damage or injury to (or loss of) the goods/passengers is assessed, apportioned, and paid. In airline, cruise ship, and other passenger-transport industries, it contains also the carrier's policy regarding baggage, bumping, cancellation and delays, claims, reservations, ticket validity, etc.

governed by unique body of law including The Montreal Convention

Law that governs an airline's liability for injuries to passengers varies, depending upon whether the passenger is traveling on a purely domestic or an international (or partly international) ticket

Domestic passenger: airline passenger whose ticket shows an origin and destination within the US and whose planned routing does not include any stops outside the US

Common carrier: represents to the public, either in writing (e.g. advertising) or by its course of conduct, that it will

2. at a uniform rate available to

3. all persons applying (or cargo presented), as long as there remains unused capacity in the aircraft

Jury instructions: once all the evidence has been heard, but before the jury withdraws to the secrecy of the jury room to deliberate, the judge will instruct them on the legal principles they must apply to the facts in order to reach a decision

Airline owes the passenger only reasonably prudent care within the terminal

Airline can limit its liability for damage to or destruction of domestic passengers' baggage and shipped cargo, and may impose reasonable procedural prerequisites and timetables affecting litigation by passengers through its tariffs

1. Dollar limits on liability: typically on a per-bag or per-pound basis

2. Private statutes of limitation (SOLs): airlines are permitted to impose private SOLs through tariffs and they may be less than that applicable to public ones so long as not so short as to appear unreasonable

1. an origin in one country and a destination in another country OR

2. an origin and destination in one country but a planned intermediate stop in a different country (planned = printed on ticket, not emergency stop)

1. framework of internationally uniform law was established - Jurisdiction (in what nation's courts may a lawsuit be brought) - Choice of law (what law governs the crash) - Statute of limitation (when must the suit be filed or forever barred) - within 2 years from date of conclusion of trip OR its intended conclusion

International passenger can choose between 4 possible nations in which to bring a lawsuit for injury:

- nation of domicile of the airline

- nation in which airline has its principal place of business

- nation that is the passenger's destination

2. Uniformity of terms and conditions, not only within airlines but also among all transportation modes

3. In an effort to promote safety, treat imposes strict liability on international airlines for passenger injury or death and substantially limits defenses

$16.50: per kilogram for loss or destruction of cargo

By 1965, US had declared its intent to withdraw from the Warsaw Convention

where airlines agreed to increase ceiling on liability for injury or death of passenger to $75,000 for those international flights "touching" the US (originating in, terminating in, or with planned stop in US)

Liability for International Cargo: 5 defenses to cargo claims were added:

1. airline took all possible measures to prevent cargo loss: eg terrorist bomb so sophisticated as to be undetectable by state-of-the-art baggage screening equipment properly employed by the airline

3. shipper's contributory negligence caused the damage to the cargo: eg shipped in a crate without sufficient internal energy-absorbing materials to prevent breakage

4. loss, damage, or destruction of cargo was caused by an Act of God, War, or State (force majeure) OR

5. nature of the goods caused the damage

Delivery in a timely and proper manner: to permit passengers opportunity to read and understand warnings on ticket and take other measures like purchasing additional insurance

Punitive damages under the Warsaw Convention: if the accident was caused by willful misconduct of the airline (or employees acting within scope of their employment) airline remained strictly liable for passenger's injury or death but without the dollar limit - in the case of cargo airline would not be able to avail itself of the benefit of the dollar limit or any of five defenses

Tweaked and fine-tuned the Warsaw Convention

SDRs are valued by the International Monetary Fund (IMF)

2. there is no artificial limit on the amount of recoverable compensatory damages in excess of 100,000 SDRs unless the airline proves itself free from any fault causing the accident - willful misconduct exception disappears

5. cargo liability limitations are set at an unbreakable 17 SDRs per kg

6. the 5 Warsaw defenses are replaced by these 4 and the airline is not liable if the destruction or loss of or damage to the cargo was caused by:

- inherent defect, quality or vice of the cargo (like nature of the goods)

- defective packing of the cargo performed by someone other than the carrier, its agents or servants (contributory negligence)

- act of war or armed conflict (act of god, war or state)

- act of public authority carried out in connection with entry, exit, or transit of the cargo (eg. seizure or damage by US Customs in the course of inspection)

8. for code-sharing flights, the passenger may recover from either airline operating the flight or the airline whose code appears on the ticket

9. passenger's principal and permanent nation of residence at the time of the accident is added to Warsaw's list as a 5th place where suit may be brought providing that the airline has a place of business there

10. where required by national law, the airline is obliged to make advance payments to meet the immediate economic needs of victims and their families

11. airlines are free to agree to higher limits or to waive the limits

$10 billion fund for compensation of victims

$5 billion for compensation of air carriers for losses

of over 5,000 victims and families - all but 95 elected to accept compensation - of those 95 who sued all but 3 settled before trial

In the event of an airplane crash, aviation attorneys are to wait 45 days prior to contacting the families of the victims - 49 USC 1136

Otherwise, as happened in NY, they could be in violation of the ethics rules and receive a Letter of Caution and Admonition.