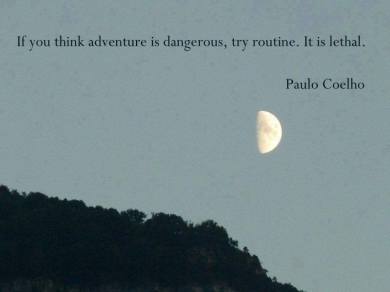 Elements of a Contract: legally enforceable agreement - promise that the law will enforce

- Consideration: bargaining that leads to an exchange between parties

- Legality: for a lawful purpose

- Capacity: parties must be adults of sound mind

- Consent: without certain kinds of trickery and force

- Writing: some contracts MUST be in writing to be enforceable

Remedies: court will award money or other relief to party injured by breach of contract

Unilateral contract: one party makes a promise that the other party can accept only by doing something

Executory contract: binding agreement in which one or more of the parties has not fulfilled its obligations

Executed contract: agreement in which all parties have fulfilled their obligations

Valid contract: contract that satisfies all the law's requirements

Unenforceable agreement: contract where parties intend to form a valid bargain but a court declares that some rule of law prevents enforcing it

Voidable contract: agreement that, because of some defect, may be terminated by one party, such as a minor, but not by both parties

Void agreement: agreement that neither party may legally enforce

Implied contract: where the words and conduct of the parties indicate that they intended an agreement

Promissory Estoppel: doctrine in which a court may enforce a promise made by the defendant even when there is no contract - a plaintiff may use promissory estoppel to enforce the defendant's promise if he can show that:

1. defendant made a promise knowing that plaintiff would likely rely on it

2. plaintiff did rely on promise AND

3. the only way to avoid injustice is to enforce the promise

Quasi-contract: legal fiction in which, to avoid injustice, the court awards damages as if a contract had existed, although one did not - even when there is no contract, a court may use a quasi-contract to compensate a plaintiff who can show that:

1. plaintiff gave some benefit to defendant

2. plaintiff reasonably expected to be paid for the benefit and defendant knew this AND

3. defendant would be unjustly enriched if he did not pay

Quantum meruit: "As much as he deserved" - damages awarded in a quasi-contract case

Appropriate risk management tool ONLY where:

1. operation is NOT a common carrier operation (eg carrying passengers for hire under 14 CFR Part 135 or 121)

2. activity or relationship is NOT one in which the law requires the operator to carry liability insurance

3. insurance, although not required by law, is NOT available to the operator

Contract which serves to relieve the operator of legal responsibility for the consequences of her own or her employee's negligence, have been held void as a matter of public policy in NY - most other states courts very closely scrutinize such contracts but enforce them if:

1. there is some equality in bargaining power between the parties, AND

Person signing the agreement knows and understands the scope, nature, and extent of the risk involved in the operation (which may include personal injury or even death) and that the person freely and voluntarily chooses to incur that risk (for thrills and or remunerations, as the case may be)

Contract is even more compelling if it provides the person the choice between:

1. relieving operator from legal and financial responsibility for accidents that may injure that person (including those resulting from ordinary negligence of the operator and employees and others protected by contract) OR

2. paying the operator some additional price to be allowed to participate  in the activity without waiving responsibility for negligence (but still assuming the risk)

Gross negligence is a conscious and voluntary disregard of the need to use reasonable care, which is likely to cause foreseeable grave injury or harm to persons, property, or both. It is conduct that is extreme when compared with ordinary Negligence, which is a mere failure to exercise reasonable care.