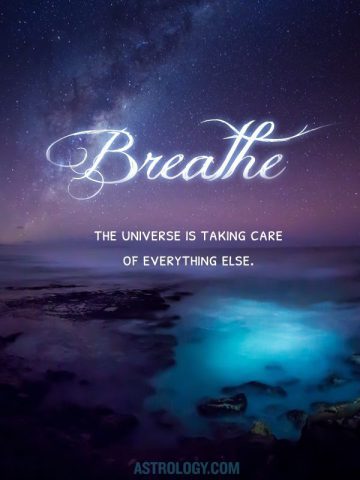 Civil Law: Tort (intentional torts and negligence) and Contract (the subject of another chapter)

TORT
Tort: Act or omission that causes injury to another person by breach of a legal duty not arising out of a contract  and subjects the actor to liability for damages in a civil lawsuit

Battery: harmful or offensive contact with another person with intent to cause the contact or apprehension of contact and without the consent of the other person (or where consent is obtained by fraud or duress)

Intentional Infliction of Emotional (Mental) Distress: intentional conduct that results in mental reaction such as anguish, grief, or fright to another person's actions that entails recoverable damages - extreme and outrageous conduct that causes serious emotional harm

False Imprisonment: intentionally confining, restraining, or detaining another person against her will

Generally, a store may detain a customer or worker for alleged shoplifting provided there is a reasonable basis for the suspicion and the detention is done reasonably

False Arrest: false imprisonment carried out by a false or erroneous assertion of legal authority to detain the other person

Trespass: intentional invasion of someone else's land or remaining on the land after being asked to leave - you don’t have to be aware that the land belongs to someone else - also trespass if you have some object, let’s say a car, on someone else’s property and refuse to remove it

Conversion gives the owner the option to sue for either:

1. money damages (for the consequences of being deprived of the use of the aircraft while it was in the converter's possession) OR

2. a court order that the converter has bought the aircraft, compelling payment of its fair market value (You took it - you bought it - you pay for it!)

3. that when made, the representation was known to be false or made recklessly without knowledge of its truth

4. that it was made with the intention that the plaintiff rely on it

5. that the plaintiff did rely on it, AND

6. that the plaintiff suffered damages as a result

Element: fact that a plaintiff must prove to win a lawsuit

2. Falseness: statement must be false

3. Communicated: To at least one person other than the plaintiff

Opinion: cannot be proven true or false - generally a valid defense in a defamation suit

Public personalities: less protection from defamation (play in the open) - to win, a public figure or public official must prove actual malice by the defendant

Actual malice: defendant in a defamation suit knew his or her statement was false, or acted with reckless disregard of the truth

Fraud: injuring someone by deliberate deception

Compensatory Damages: intended to restore the plaintiff to the position he was in before the defendant's conduct caused injury

Single recovery principle: requires a court to settle a legal case once and for all, by awarding a lump sum for past and future expenses

Punitive damages: punish the defendant for conduct that is extreme and outrageous - court must consider 3 guideposts:

1. reprehensibility of the defendant's conduct

2. ratio between harm suffered and the award (generally, not more than 9 times the compensatory award)

3. difference between punitive award and any civil penalties used in similar cases

Non-economic damages: pain and suffering and other losses that are difficult to measure

Tortious interference with a contract: occurs when a defendant deliberately harms a contractual relationship between two other parties

1. contract between plaintiff and a third party

Intrusion: (into someone's private life) tort if a reasonable person would find it offensive

Commercial exploitation: prohibits the unauthorized use of another person's likeness or voice for business purposes

Harm that arises by accident - unintentional

- higher liability - licensee - person on property for her own purposes, but with the owner's permission - eg social guest - entitled to warning of hidden dangers that owner knows about (hidden dangers are NOT obvious ones!)

companies can be liable for hiring or retaining violent employees

1. duty to be reasonably careful - to avoid harming others - extends to anyone who might foreseeably be injured by your neglect

2. failure to be reasonably careful - jury or judge decides this - based on mandatory government standards (FAR, AD) and non-mandatory guidance (AIM, AC)

4. injury to another person or her property - real physical injury or property damage

Assumption of the risk: a person who voluntarily enters a situation of obvious danger cannot complain if she is injured

Contributory negligence: plaintiff who is even slightly negligent recovers nothing

Comparative negligence: plaintiff may generally recover even if she is partially responsible

Strict liability for defective product: seller of any product (e.g. aircraft or component) delivered in a defective condition unreasonably dangerous to purchaser, anticipated user, or other persons in area of anticipated use, is strictly liable for injuries to them resulting from defect even if they were careful if

1. seller is in business of selling such a product AND

2. product is expected to be used without substantial change in the condition in which it is sold

(applies to everyone in stream of commerce - manufacturers - distributors - dealers)

(applies ONLY to injuries and damage to persons and property, other than the product itself, as damage to the property itself e.g. defective aircraft is covered by warranty law)

Negligent Entrustment: the act of leaving an object, such as an aircraft, automobile or firearm, with another whom the lender knows or should know could use the object to harm others due to such factors as youth or inexperience

Burden of proof: fall on plaintiff to prove elements of tort - preponderance of the evidence (51%) as opposed to beyond a reasonable doubt

Negligence per se: negligence as such - where plaintiff can prove that the accident resulted from violation of an FAR that is intended to prevent such accidents, the FAR violation also constitutes civil negligence as a matter of law

Res judicata: literally "a matter judged" - a matter may not, generally, be relitigated once it has been judged on the merits

Res ipsa Loquitur: the facts speak for themselves - plaintiff can rely on to prove negligence, e.g. even if no one knows what really happened to the aircraft if:

1. accident is not the sort of thing that normally occurs unless someone was negligent

2. aircraft involved in the accident was within the exclusive control of the defendant AND

3. whatever happened, the accident was not caused by any fault of plaintiff

Common law: law made by judges

Constitutional law: law made by citizens

Statutory law: law made by legislators

Defenses: to prevail in the lawsuit, defendant must present evidence to rebut plaintiff's proof and support any legal defenses asserted

Sudden emergency doctrine: law recognizes that the stresses imposed by the sudden onset  of an inflight emergency situation may interfere with human decision-making

Assumption of risk doctrine: may serve to relieve other of legal responsibility for harm befalling an injured person where it is proved that the injured person:

1. knew and understood the scope, nature, and extent of the risk involved in the activity AND

2. voluntarily and freely chose to incur that risk

1. some states - jury makes a finding of % and then apportions liability for plaintiff's injuries accordingly

Joint and several liability: Used in civil cases where 2 or more people are found liable for damages - the winning plaintiff in such a case may collect the entire judgement from any one of the parties, or from any and all of the parties in various amounts until the judgment is paid in full (has been abolished in AZ)

Government Contractor Defense: shields manufacturers from liability for injuries and death to both military and civilian personnel caused by the manufacturer's products that are ordered by the government for military use - this defense is ONLY for design defects NOT manufacturing defects

Liability for design defects cannot be imposed upon a civilian manufacturer of military equipment if:

2. equipment conformed to those specifications AND

3. manufacturer warned the US about any dangers in the use of the equipment that were known to the supplier but not to the US

Statutes of Limitation: all states have them - impose time limits on how long a person has after an injury to file suit or be forever barred

Statutes of Repose: impose time limits on how long after a product is manufactured the manufacturer may be held liable for injuries caused by defects in the product (whether in design or fabrication and whether brought under a strict liability or a negligence theory)

- Would have been spread out over MANY more years if no fear of discontinuance!

- Underwriters refused to sell product liability insurance to GA due to:

- Companies went out of business due to skyrocketing prices, and a market that could not handle to buy the planes for the prices they needed to break even.

- Attorneys have gone after a broader swath of the industry as alternative defendants to the manufacturers.

- Segments include (but not limited to)

- GA safer as a result

- GAO estimated over 25,000 new jobs created due to GARA passing

Exculpatory Contracts: rare circumstances - individuals and businesses can protect themselves from potential liability for aviation accidents beforehand through these contracts with voluntary participants

Employers' liability: employers is vicariously liable for torts committed by its employees within the scope of their employment - adds employers as a responsible party but never relieves the individual employees of personal liability for their negligence (opposite of "off on a frolic of his own" when employee is NOT doing employer's work)

Damages and Attorney Fees: generally limited to compensatory damages - the sum that will compensate the injured persons or their survivors for the consequences of the accident - includes medical expenses (past and future) lost earnings and pain and suffering

American Rule: under most circumstances, win or lose, each party to a lawsuit is responsible to pay her own attorney's fees

Exemplary or punitive damages: rare exception - only where defendant's negligence was so extreme as to indicate a wanton and reckless disregard of the possible consequences of his actions

Litigation procedures: if you don't show up on time to play, you lose by default!

Summons and Complaint: usually handed to you by a process server

Answer: filed with the Court within typically 20 days

Discovery: before trial - to find out what the other side's case is all about and to learn about your defenses - many types:

- written interrogatories: questions to be answered in writing

Motions: alert the court to an issue that may be properly resolved at that point, argue the moving party's view of the matter, and ask the court to rule on the issue - opposing party may respond with counterarguments - eg motion for summary judgment, motion to dismiss (these may dispose of entire case)

Jury: listens to evidence presented by both sides - judge instructs jury on applicable law - jury retires to jury room to debate which version is more believable by preponderance of the evidence - if decision is not legally flawed judge will enter decision as judgment